No other architectural firm in Texas have seen history unfold industry changes like GBA. Our founders Raymond Phelps and Dahl Dewees, two men spared by the world-wide “Spanish Flu” pandemic of 1918/1919, and the ravages of WW1, managed to establish the company during a time of seemingly insurmountable adversity.

Those early days were marked by gentlemen, Texans by birth, hand lettering and drawing with pencil on paper and linen. Technological changes in the earliest day were slow and measured. It took decades for Inking pens to be replaced by rapidographs and for paper and linen to give way to mylar. Not until nearly 60 years after our founding did pin-register and sepia prints develop as ways to eliminate having to draw multiple background sheets. About the same time advancements in electrostatic printing developed which allowed for standardized details to be printed and applied to sheets. At the time no one realized that the concept and acceptance of “standardization” in detailing would be essential in the next generation of technological advancement. Each change, small as it was, built upon the previous technology but with hand drawing two-dimensional representations of the building still being the primary process.

In 1980’s the seed of the computer assistance was planted and within a matter of a few years hand drawing began to give way to computer assisted drafting “CAD”. Garza/Bomberger & Associates brought this technology into production with one of the first CAD systems in Central Texas. Still experimental at best, GBA successfully first utilized the system for the Santa Rosa Hospital in the San Antonio Medical Center. To illustrate how much just the equipment utilized has changed, that first Calcomp workstation was roughly 36” wide, deep and tall; and weighed no less than 200 pounds. The controls for the workstation were very much like a game system joystick, the file system was proprietary, and no sharing of files was possible making a 1 hour wait to print each check sheet a reality. At about the same time firm introduced Word Processing into the office. The cutting-edge proprietary WANG system was only slightly smaller and lighter than the CAD system and utilized the same 12” Floppy Disks.

Shortly thereafter the PC, DOS, MSWord and first Microstation and later AutoCad began their advancement to become the industry standards for documentation, design and production, and by the mid-90’s all hand drafting and typewriter use had ceased in the office. Those standard details from decades earlier now found themselves resident on a central file server where they became building blocks or beginning concepts for countless projects. For Garza/Bomberger & Associates, well ahead of many of our competitors, the entry into the Digital Age had been completed and a new professional era had begun.

The first decade of the Digital Age would be those of hardware advancement, and the refinement of software; but technology was now moving at a pace not imaginable in 1919. The next big leap occurred in 2000 when Revit three-dimensional modeling was rolled out bringing the industry into its third era; the era of Building Information Modeling (BIM). From that point onward, the architect’s product ceased to be a two-dimensional representation and entered the realm of full three-dimensional design and documentation. As the concept progresses, fueled by industry standards for digital communication, the distribution and utilization of plans began to migrate away from paper to a pure digital form; a process still progressing to this date with concepts such as Virtual Reality soon to be as common as T-Square was in 1919.

With the advent of improved distance communication, compatible work platforms, operating systems and file protocols, “work-at-home” and digital collaboration between offices began to find a footing which progressed methodically and cautiously until early 2020 when COVID-19 changed the landscape more rapidly and more surely than any event in the previous 101 year history of the firm.

Today's Garza/Bomberger & Associates is no longer an association of Texas Gentlemen in a downtown office. The Firm now 50% female and more than 25% immigrant and first-generation Americans conducting most of its function from work-at-home offices. Through advancements in the last ten years in video conferencing, data standardization, cloud storage and high-speed internet; project meetings, bid openings, design meetings and collaboration once confined to the conference room continue on uninterrupted. As before COVID-19, deadlines are met, obligations are fulfilled, and our product continues to be seen as unmatched in value and quality.

This new reality is every bit the same sort of experiment that took place in each of the previous transitions of the profession. Lessons will be learned, and technology will advance to meet unexpected needs. Where this will eventually lead the profession is as well known to us today as the concept of three-dimensional modeling was to our founders. What is certain is that, as in the past 101 years, Garza/Bomberger & Associates will rise to the occasion, capture that which is best and incorporate it into the future. 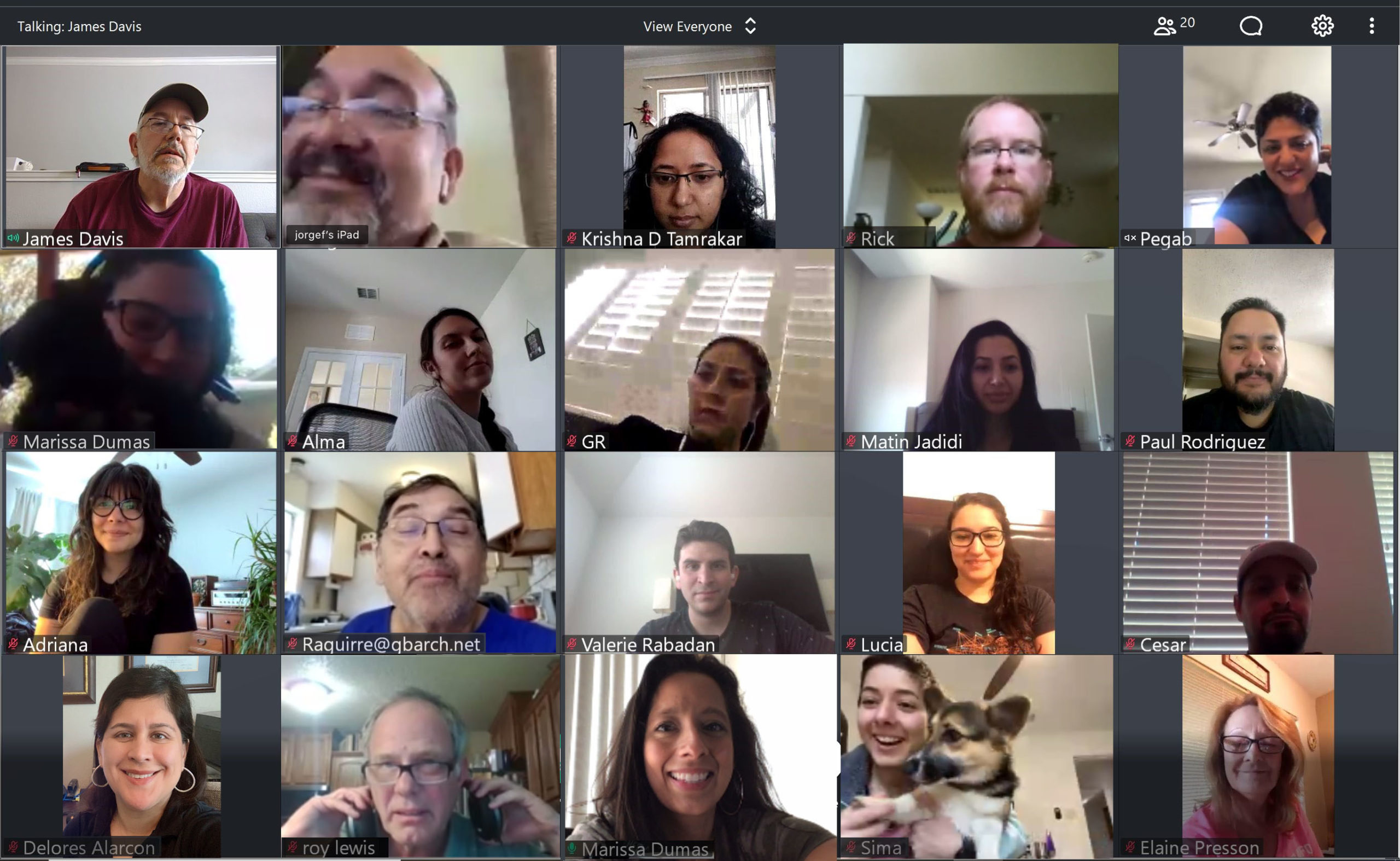